Skip to Content
Home / General Fitness and Well–Being / GUEST POST: The Benefits of Yoga on Anxiety and Depression 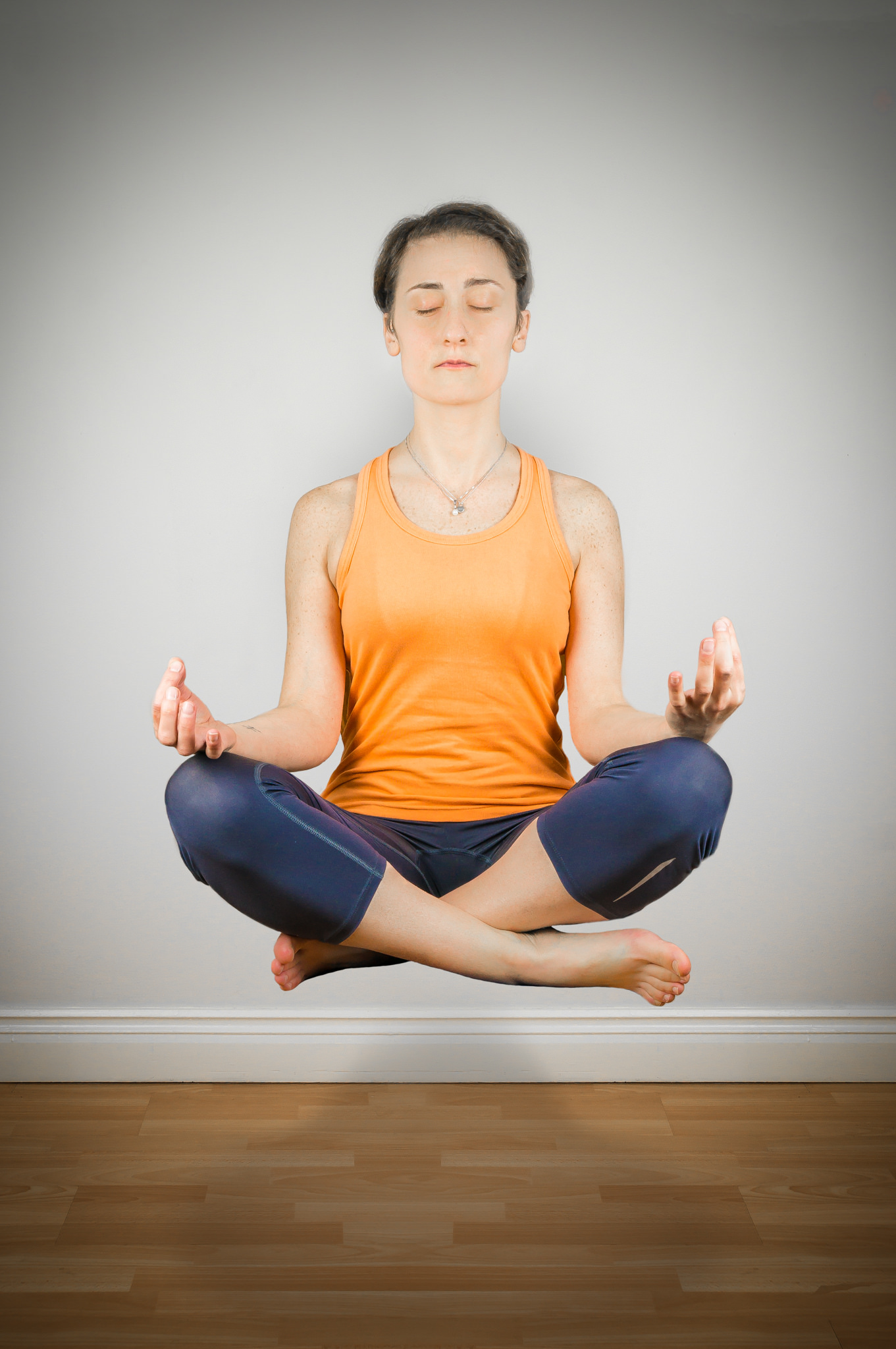 The Benefits of Yoga on Anxiety and Depression

The ancient disciplines of Yoga have been around for centuries and are well known for offering holistic benefits to both mind and body. But when the mind particularly is overwhelmed and struggling with clinical issues such as anxiety and depression, yoga can offer extended benefits.

There is a basic school of thought, based on research, which acknowledges that most forms of exercise, including yoga, can boost mental health as exercising releases endorphins, hormones responsible for that ‘feel good’ factor generally experienced at the end of a workout.

However, as reported in The Telegraph, research has shown that the levels of GABA, an amino acid which supports brain and central nervous system function, also increases in individuals who practice yoga. With low levels of GABA acknowledged as contributing towards low mood and anxiety, these increased levels of GABA following practice of yoga additionally promote well-being and calm, as well as reducing depression and anxiety.

In the modern world, the intrinsic ‘fight or flight’ stress responses which kept our hunting and gathering ancestors alive are still very much present. These genetic responses are susceptible to many triggers in the modern world, such as physical and mental stress of the workplace and pressure in other areas of life, such as responsibility, finance and lifestyle. Essentially, the practice of yoga stimulates opposing responses to that ‘fight or flight’ reaction, triggering instead the parasympathetic nervous system to a ‘rest and digest’ response, which literally calms the stress responses and brings balance in the face of pressure.

But as well as the hormonal relief to stress responses, the ancient meditative, relaxation and breathing techniques which are a fundamental part of yoga practice align with modern Cognitive Behaviour Training (CBT) and stress-management techniques, regularly offered as contemporary treatment for anxiety and depression. By learning the appropriate relaxation techniques as part of a yoga class or private tuition, individuals have a wider range of methods to use when stressful situations arise. These holistic benefits of yoga also make it the ideal exercise to prepare for or wind down from the day, in a way which is protective of well-being and can even be preventative against problems.

Breathing control, one of the basic techniques of yoga, can help to reduce stress in difficult situations and offer relief during episodes of anxiety attacks. Mastery of breathing techniques, even at an early stage of participating in yoga, is frequently advocated as helping to relieve stress and anxiety. The breathing techniques used throughout the disciplines of yoga include many cyclical breathing patterns, including slow, focused breathing which calms symptoms of stress and anxiety.

Other yoga breathing techniques include controlled rapid breathing for stimulation, which can also benefit depression by lifting mood, whilst focused breathing can also significantly benefit pain relief, lifting mood and increasing feelings of wellness as pain reduces to manageable levels.

The breathing and relaxation techniques which underpin yoga practice also offer an opportunity to explore and develop a spiritual outlet. Focusing the mind elsewhere can reduce a sense of overwhelm which is often attendant with anxiety and depression, instead offering an alternative way to shift the focus from negative and overwhelming thoughts. 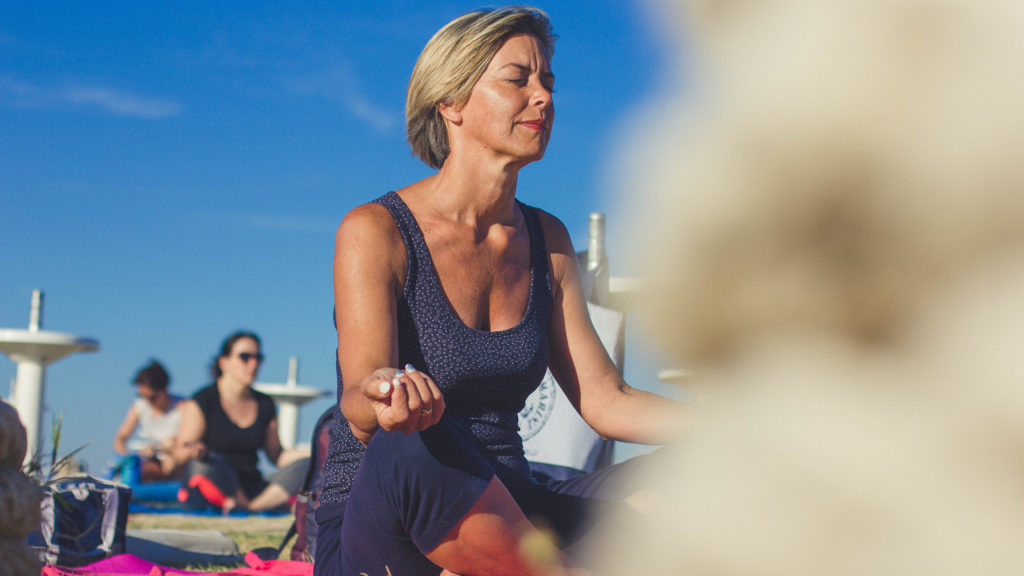 The physical benefits of yoga also play a part in reducing depression and anxiety. Many individuals carry stress and anxiety as tension in the body, which can cause pain and contribute to long-term health conditions. The regular practice of yoga can help to reduce tension hot-spots in the body and relieve the effects of the additional stress this puts on the mind and body.

Additionally, yoga has recognised benefits of offering significant relief to many ailments such as respiratory complaints, digestive difficulties, circulatory problems and Arthritis. The benefits of yoga as a natural form of pain relief to physical ailments can also reduce anxiety and relieve some of the stress and depression related to living with a chronic health complaint.

In this way, yoga may also help to reduce anxiety and depression related to health conditions by improving body awareness. Practising yoga reduces mental and physical stress, reducing strain on the body and improving understanding of how the body works and responds, techniques which, once learned, individuals can use to control responses and calm anxieties.

Although holding a yoga pose may appear to just involve the body, there is both a physical and mental response to each yoga pose (Asansa). To carry out the asansa, correct breathing and relaxation techniques are required throughout, all of which require concentration and a physical response from the brain which sees a reduction in nerve chemicals, such as the stress hormone adrenaline, and relaxes the body’s other stress responses such as heart rate and blood pressure. As each pose targets a different system in the body, all systems respond with a stress reduction.

As such, regular yoga practice can also benefit heart rate and blood pressure, both of which relate closely to those ‘fight or flight’ responses and usually increase significantly during stressful situations. Regulating these with those ‘rest and digest’ triggers can help the body to respond to stress more effectively and help to minimise the impact of anxiety on the body. 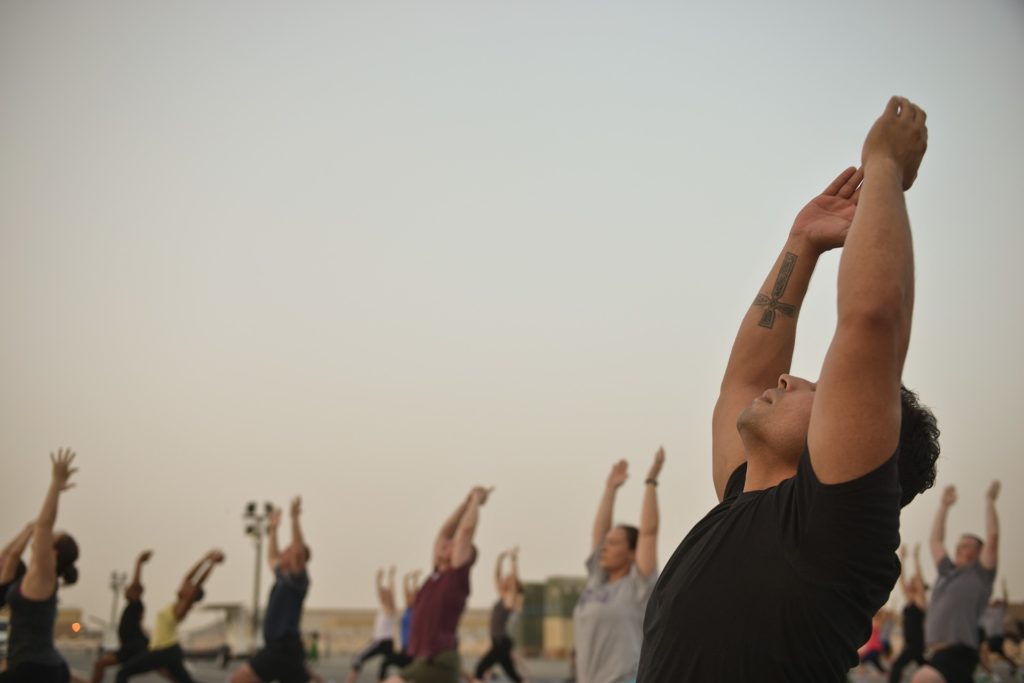 Finally, it’s also suggested that taking part in an exercise class such as Yoga can also be beneficial to mental health and in warding off depression. As reported by the BBC, following studies at Oxford University, exercising in a group can lead to an enhanced level of endorphin release, those ‘happiness’ hormones which can boost well-being.

Being part of a yoga group also challenges depression by offering a sense of community and belonging, particularly when participating as a group in a therapeutic exercise such as one of the many disciplines of yoga. Those disciplines such as Hatha, Anusara and Restorative Yoga, which use techniques for relaxation and meditation, are particularly beneficial for those looking for support with anxiety and depression.

Selected links researched added by The Klinik & The Movement Blog. 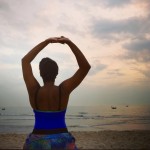 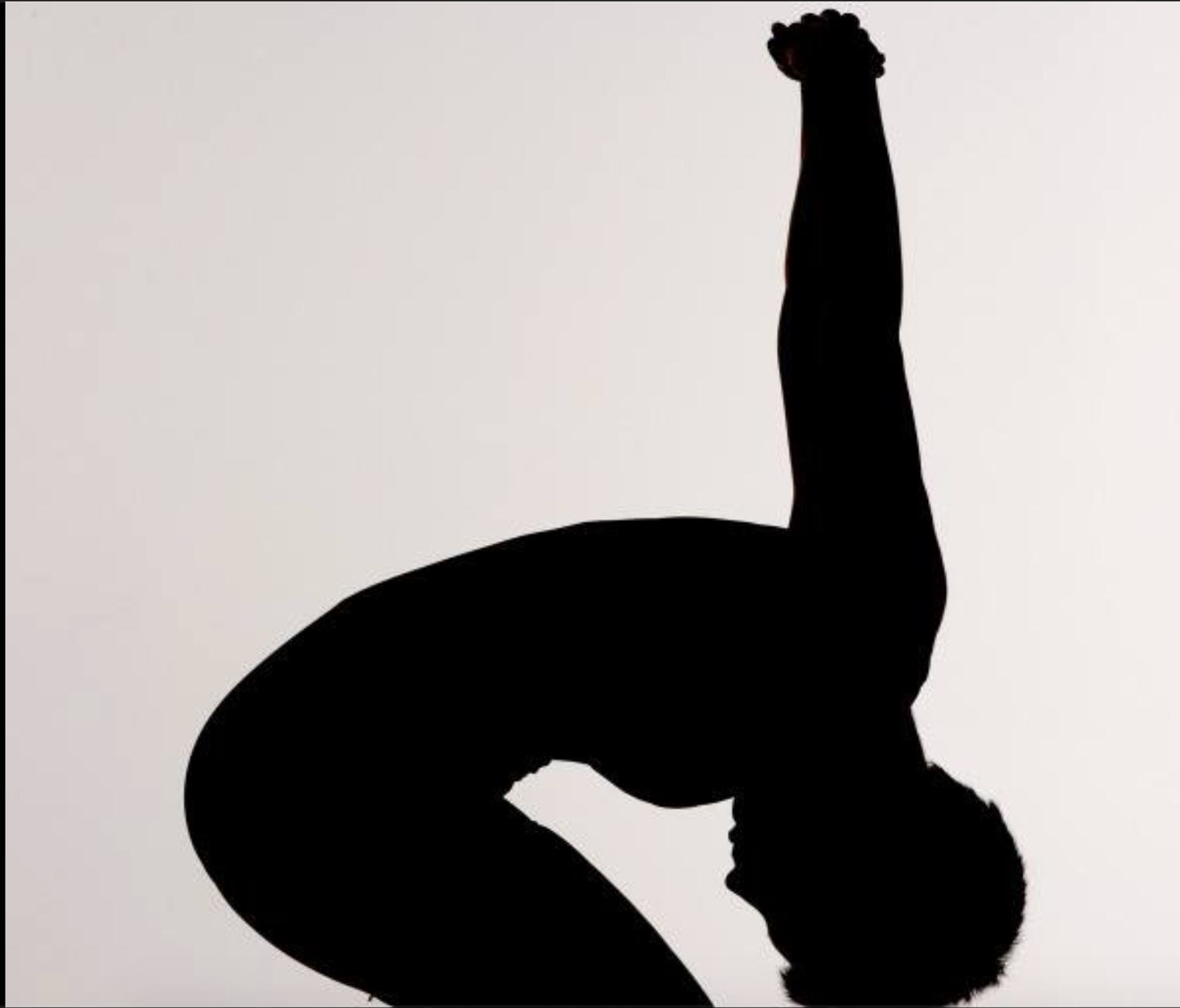 What happens to the body in Hot Yoga? Grab your notepad. 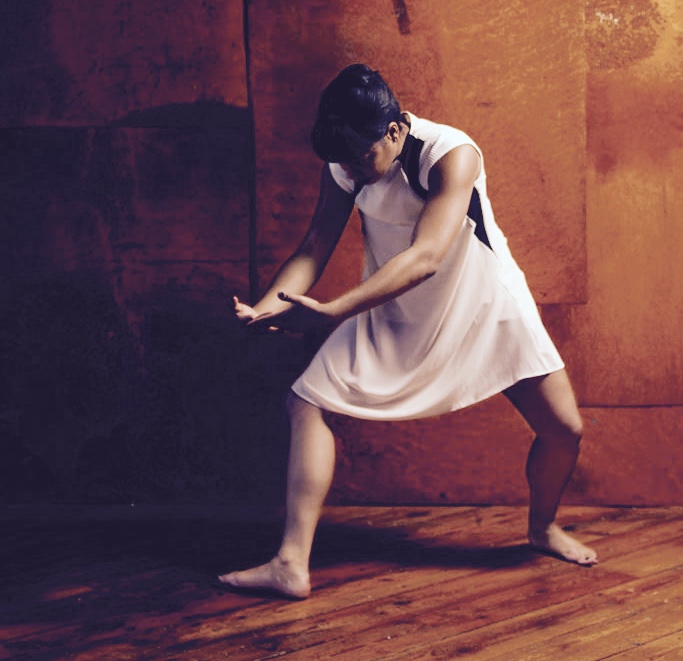 Apply Both Movement and Exercise Into Your Daily Routine 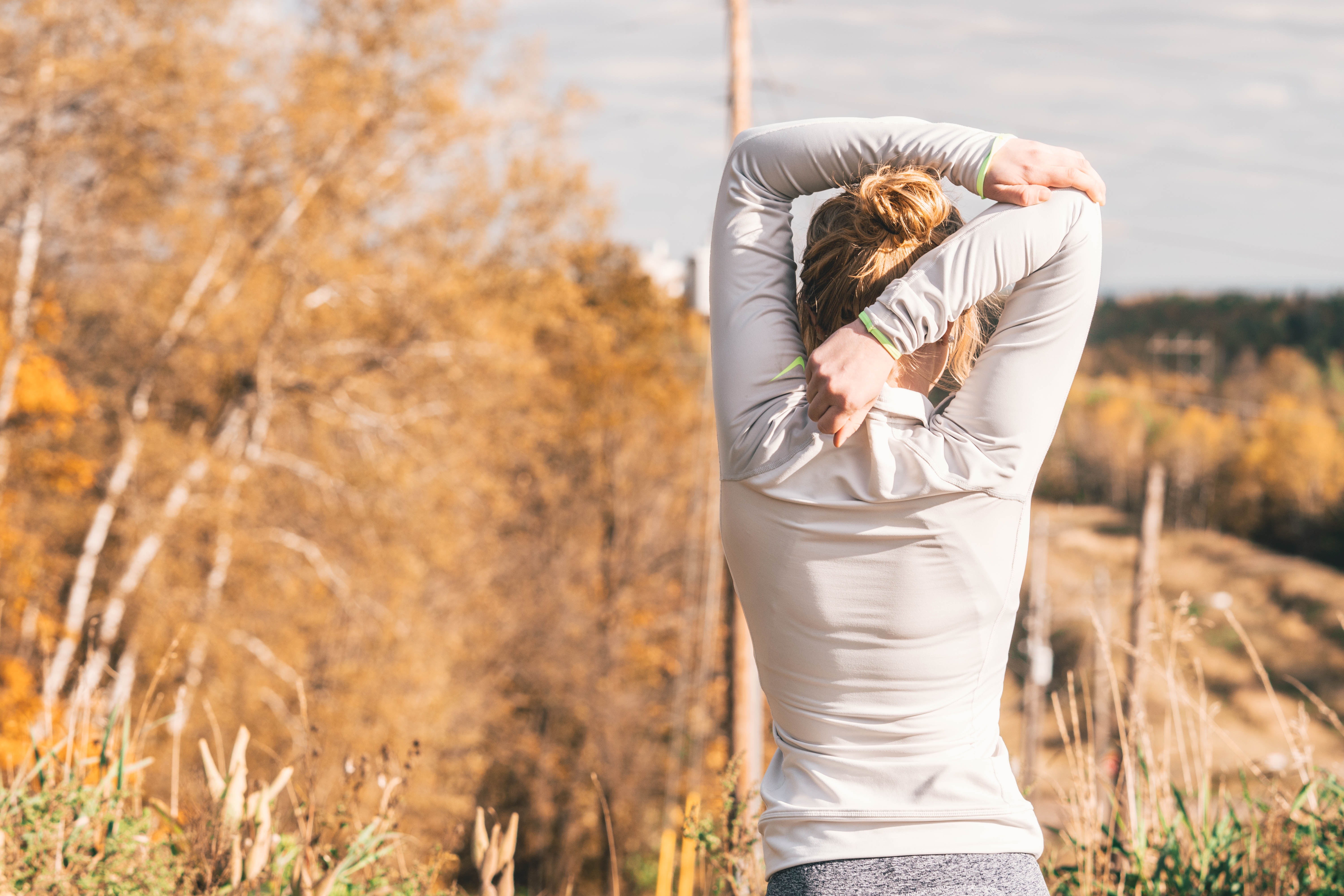 The Importance of Stretching Correctly

Next #GYROKINESIS®Group Class ✨ This Sunday, 14

Back to back Sunday #Gyrokinesis Group classes com

Did you know, aside from my Home Studio in Hackney

Coming Up 🌀❤️#GYROKINESIS® Group Class at

What is the #GYROKINESIS® Method? Gyro– |ˈdʒ

Thank you @elina_patrou 🧡 What I love about te

One last time! 🕊 For my upcoming #GYROKINESIS

Have you heard of the @iyashi_dome infrared therap